Technical and Fundamental Analysis – How It Works 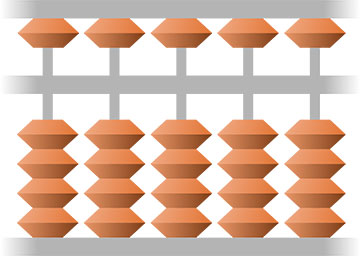 There are two ways to analyze any market; by its ‘Fundamental’ attributes or by its ‘Technical’ charts.

With the advent of personal computing and the internet, TA has become the dominant methodology for predicting stock, bond, commodity and currency market cycles worldwide.

TA is used by ALL major investment banks and international trading desks as the underlying basis for TRILLIONS of dollars in DAILY investment transactions.

Until 2006 (when HousingAlerts.com first became publically available), the data and tools for implementing TA for LOCAL real estate markets simply did not exist.

There are hundreds of Fundamental Analysis (FA) factors that may (or may NOT) impact real estate prices for any given market during any particular time period. Some of the popular FA factors include Population, Mortgage Rate, Unemployment and Income levels.

Historically these and many other FA factors were once thought to be drivers of real estate prices. One only need look at the Texas real estate market for proof that Population isn’t a good predictor of real estate values. For the two decades preceding 2010, Texas had some of the largest population gains (both percentage and total) but experienced relatively dismal real estate appreciation.

Mortgage Rates were once considered the PRIMARY driver of real estate and the best predictor of future prices. That FA theory was also shattered when mortgage rates fell to historical lows simultaneous with the last down cycle (crash). 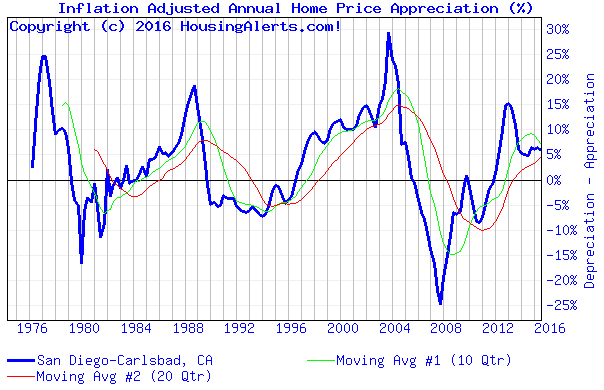 Charts showing the annual appreciation or decline in real estate values over time are visual snapshots of Supply & Demand forces in action. Technical Analysis (TA) relies on these charts because they accurately reflect what ACTUALLY happened.

The practice of TA consists of what are called “Studies” – different sets of calculations and algorithms proven over time. These Studies include Market Psychology, the most powerful driver of all.

Because real estate is so cyclical (compared to the Stock Market, for example), relatively simple Studies can be used to accurately track local markets.

Using these charts and Studies, HousingAlerts.com deciphers the data into two broad categories: 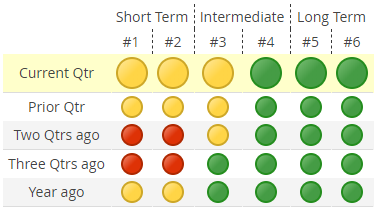 The STAR momentum indicators show the ‘energy’ behind any market. For a sustained up-cycle, it MUST be supported by momentum. Market Psychology influences momentum but is not the only driver.

The first step in locating investment candidates is evaluating the STAR indicators. Each of the six ‘triggers’ represent a distinct Technical Analysis (TA) ‘event.’

The left-most columns are Short-Term triggers and carry far less significance than the Long-Term indicators on the right.

However, all Trend Reversals (up or down) BEGIN with the short term triggers. They provide early-warning signals, especially when they develop a consistent pattern of changing colors (from green to red, or red to green) ‘growing’ from left to right.

Green means positive, upward sloping momentum. Red means the opposite. Yellow occurs when, in the current period, the slope/direction changed for that trigger.

Markets that do not display a consistent one-color pattern; with seemingly random “(horizontal)” color changes from one period to the next, especially in the long-term triggers, are generally lacking ANY momentum, and are poor investment markets for Leveraged Appreciation.

Please watch this video for in-depth examples of how to use these hot market tools. 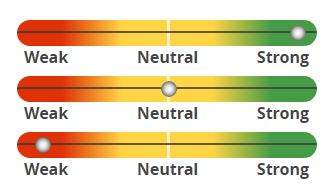 The simple ‘slider ball’ can move a total of five notches starting from far left (Weak) to far right (Strong).

If the ball position has moved since the prior period, it will have a series of arrows behind it. If the arrows are on the left, that signifies a move from the left, from a weaker to a stronger position, and vice-versa.

Each detailed TA Study has its own slider ball indicator and consists of dozens to hundreds of individual calculations (collectively referred to as ‘algorithms’).

These detailed algorithms are aggregated and weighted to produce higher level Summary slider indicators until the top-level, overall score is attained.

These proprietary TAPS scores are then ranked and compared to other markets to optimize the member’s opportunity cost and investment success.

Using complex, proprietary and back-tested calculations these TAPS scores are then merged into the Momentum (STAR) Studies to produce the most reliable, state-of-the-art and proven local real estate market cycle system on the planet!

Please watch this video for in-depth examples of how to use these hot market tools. 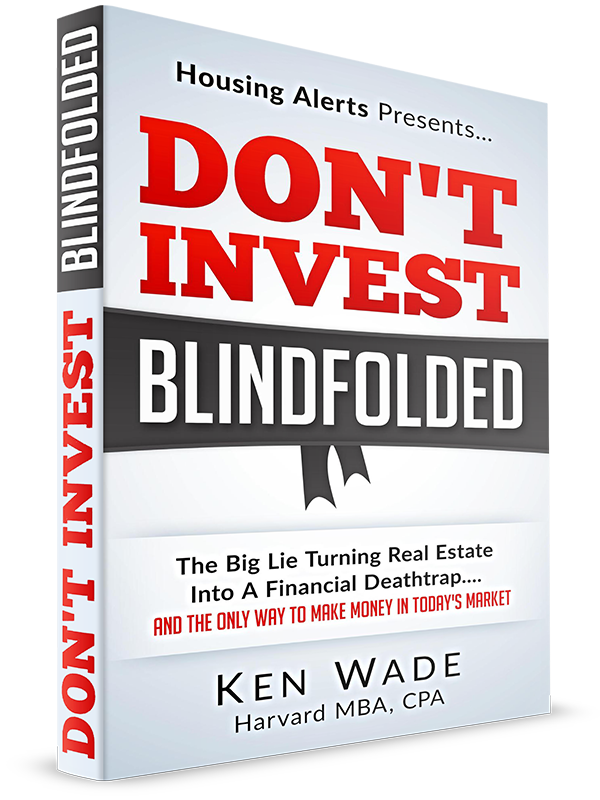 The RIGHT Path To Wealth!
I was one of those who has purchased countless real estate courses over the years - only to become more confused with each 'new' angle! Your examples of 'what to do, when' were so perfectly logical and simple to comprehend, I can't thank you enough!! You have just saved me lots of money and time by putting me on the RIGHT path to wealth!
Mary
Highly Recommended Training!
Great information on real estate. I have learned so much from your wealth of knowledge. Looking forward to learning a lot from your webinars. Thanks for your being so liberal with well needed facts in real estate.
Wycliffe Reid
Watched It Twice!!